I am in agreement with other experts of kundalini like Lee Sannella and Yvonne Kason that the so-called ‘kundalini-psychosis’ is a misnomer because it has, in fact, little in common with the textbook mental disease called psychosis. However, if someone has some very confusing symptoms that include unwanted paranormal experiences it can result in a crisis that may look to the untrained eye like a complete breakdown or psychosis.

The person may be flooded with paranormal visions and voices, they may have the sensations of snakes gyrating in their lower abdomen, they may feel extremely frightened and to top it all off they may suffer from insomnia, which can bring on mild hallucinations. All this may look like mental disease but there are certain factors that distinguish a kundalini crisis from true mental disease and psychosis:

A person with a kundalini crisis can usually pinpoint the exact time and trigger of the beginning of their crisis. In most cases the trigger was intensive spiritual practice. By contrast, ordinary psychosis usually develops slowly and gradually and the patient cannot remember a healthy sense of self.

A person in a kundalini crisis can remember what it is like to feel ‘normal’ and wishes to go back to this state, while a psychotic patient has lost touch with their healthy state of mind. 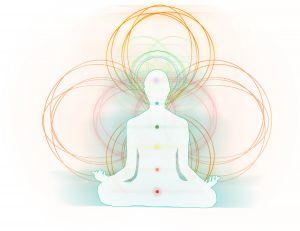 People in a kundalini crisis usually feel a strong urge to make their life more loving, healthy and spiritual. In people with ordinary psychosis this is usually not the case and often these patients turn away from a healthy life-style, loving relationships and spirituality.

In my experience, psychosis-like breakdowns do not happen very often in people with active kundalini. They are most likely to happen when someone has a history of drug taking. In my own clinical experience, I have observed that frequent drug use – even if it was years in the past – seems to make a severe kundalini crisis more likely. I have also observed that ex-drug users sometimes ‘swap’ the drugs for the intense highs and lows of a kundalini awakening and become attached to all the turmoil. Sometimes, they also use indiscriminate visits to energy healers to get more ‘experiences’ in a similar way to taking drugs, which can have disastrous consequences for their over-sensitive mind.

On the Internet you can find the most horrendous stories of people suffering from kundalini-psychosis but in my therapy practice I have never witnessed truly hopeless situations. Usually, people get better fairly quickly by stopping the things that aggravate them (e.g. going to energy healers or doing breathing exercises) and working with higher-consciousness healing.

Find out more about kundalini on my second website www.kundalinisymptoms.com